Home BLOG What is Cannabichromene (aka CBC)?

What is Cannabichromene (aka CBC)?

CBC is one of the big 6 cannabinoids, along with THC, CBD, THCV, CBG and CBN. Like the rest of the big 6, CBC is a derivative of CBGA. It used to have a much higher presence in cannabis strains, but since breeding has transitioned to focus on peak THC levels, the pathway from CBGA to CBCA has been largely compromised in favor of the CBGA to THCA pathway. But now we are seeing another shift – one that is reminiscent of the old school days where a full spectrum of cannabinoids was the standard. We have also seen huge advancements in high resin hemp genetics (aka hemp CBD genetics) and what we seem to get with these high-CBD strains is a higher presence of minor cannabinoids like CBC. For example, the hemp we grow on Tricolla Farms averages 3-4% total CBC with 15-16% CBD.

Like CBD and CBG, CBC is non-intoxicating, but carries big-time therapeutic potential. 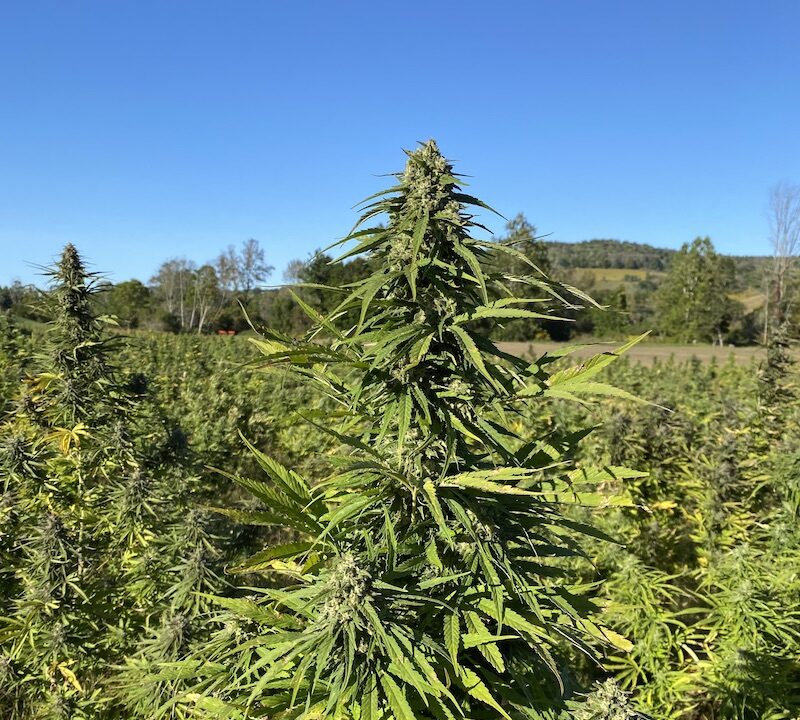 What are the benefits of CBC?

The reason that CBC is not intoxicating is because it does not bind directly to the CB1 receptors of the endocannabinoid system like THC does. Rather, CBC works similarly to CBD and CBG, binding to other receptors in the body, such as the vanilloid receptor 1 (TRPV1) and transient receptor potential ankyrin 1 (TRPA1), both of which are linked to pain perception. Cannabichromene has been shown to block pain and inflammation associated with collagen-induced osteoarthritis via these particular pathways.

When CBC activates the aforementioned receptors, increased levels of the body’s natural endocannabinoids like anandamide are released. Increasing the amount of anandamide actively present in the body has huge downstream benefit, from less pain to better mood, to the actual inhibition of tumor growth!

A 2006 study looked at the potential of cannabinoids in cancer treatment, looking towards non-intoxicating alternatives to the highly psychotropic cannabinoid THC. The study found that while CBG was the most effective in halting tumor growth, CBC was the second most effective. This is believed to be due, in large part, to the increased anadamide levels that CBG or CBC allows to be present in the body.

Studies have looked at the potential value of CBC in managing inflammatory skin conditions such as acne, atopic dermatitis and psoriasis. CBD has already been proven extremely valuable in skincare applications, validating the importance of the endoconnabinoid system in maintaining homeostasis of the skin and healthy skin barrier function. The question now posed is: “what other cannabinoids can act similarly to CBD in the sense that they activate the skin’s endocannabinoid receptors and modulate activty at a skin-deep level?” 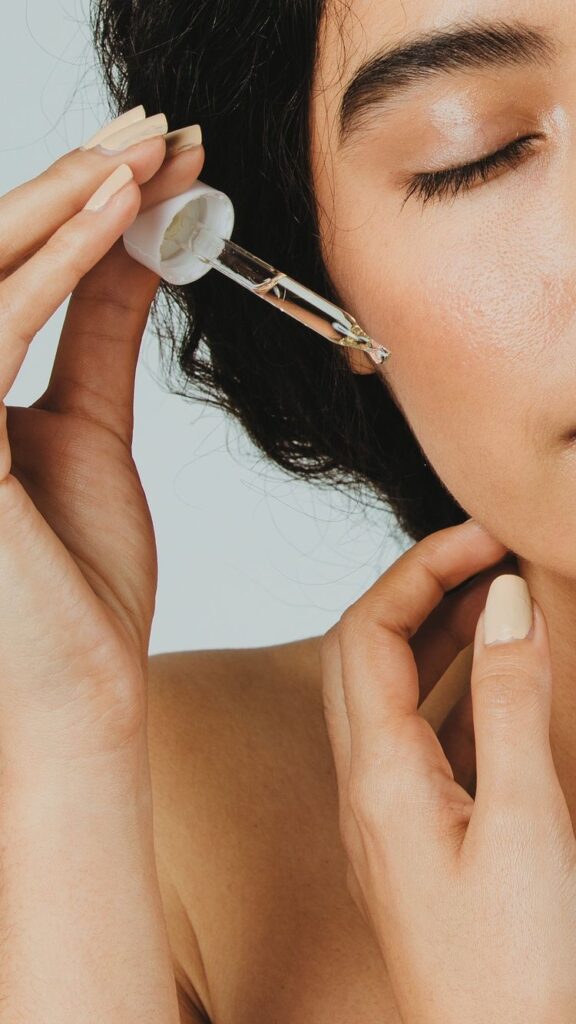 It turns out that CBC exhibited powerful anti-inflammatory properties and also suppressed excessive lipid production in the sebaceous glands. CBC also reduced levels of arachidonic acid (AA), which is needed to create the lipogenesis.

Cannabichromene (CBC), along with CBDV, and THCV displayed the most notable potential as anti-acne ingredients. The investigators added that these compounds, due to their substantial anti-inflammatory effects, warrant consideration for use in treating skin inflammation. 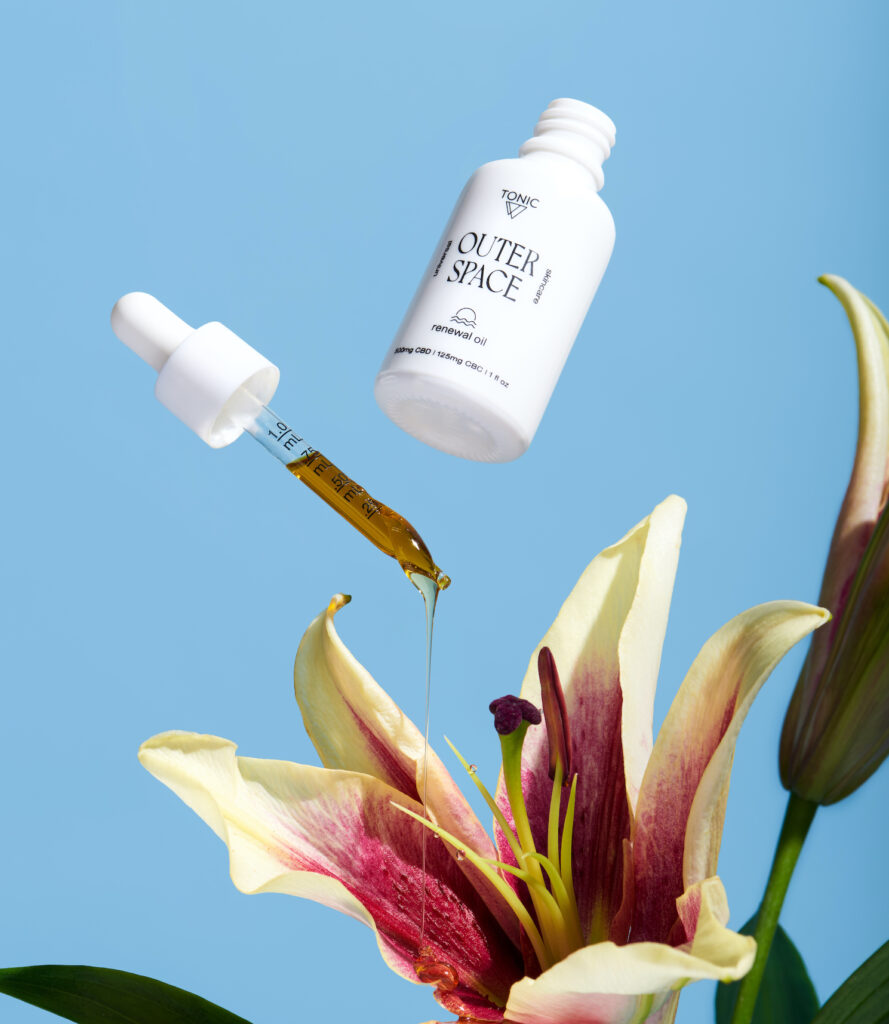 CBC’s efficacy in the management of inflammatory skin conditions makes it the perfect sidekick to CBD in our new skincare product: Renewal face + body oil!

Predicting the future of CBC

While the research that has been done around CBC is extremely promising and provides a good foundation, there is still a lot of work to be done to be able to fully understand this minor cannabinoid. 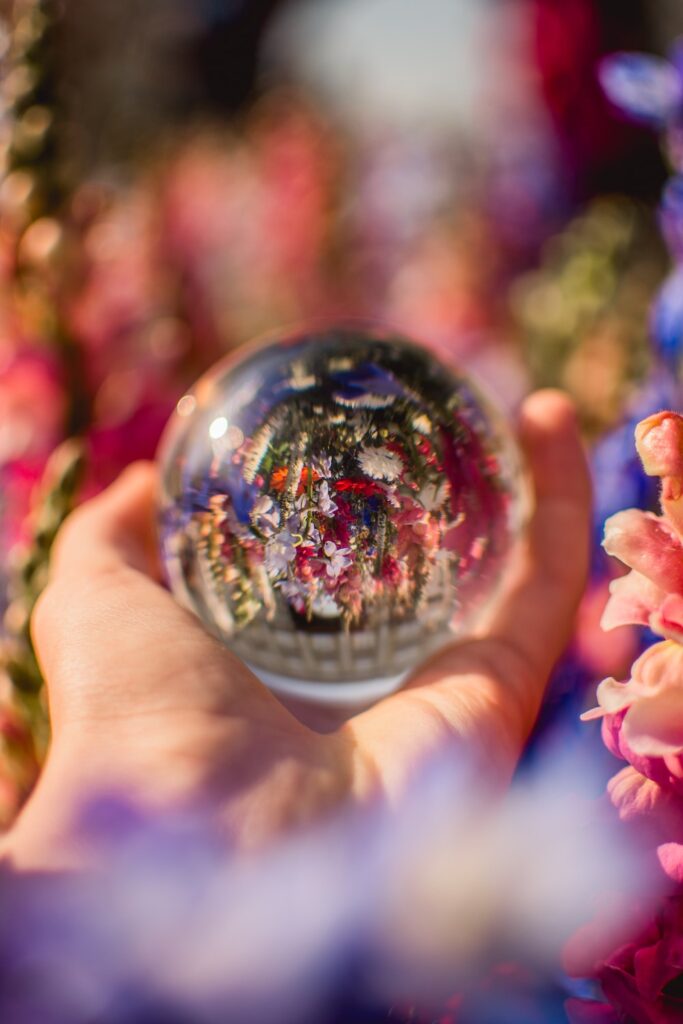 Specifically, more research needs to be done around effective dosing parameters for different applications. This is true across the board for all cannabinoids, but what makes those conclusions difficult to reach is the variance that can occur from person to person depending on their unique endocannabinoid system. We all have an ECS, but they are not all created equal. This makes it difficult to draw any concrete conclusions when it comes to best practices, but that being said we can narrow down the treatment windows much more than their current standing.

Beyond its promise in skincare as a novel acne treatment, we see another huge opportunity for CBC in managing digestive health. Because of its ability to reduce inflammation and swelling in the digestive tract while spurring cellular regeneration, CBC has shown great promise for conditions like IBS/IBD and Crohn’s. We also believe that CBC and CBG will both start to hold a greater presence in pain relief formulations in general, as they can provide a boost to CBD’s anti-inflammatory abilities without facing the same restrictions THC does on a national level.

Understanding CBG: The Mother Cannabinoid By Mary Pryor Cannabinoids are a special breed of molecules that you’re probably well aware of thanks to CBD’s meteoric rise to mainstream fame. Within the CBD space, there are many types of blends and formulas storming the beauty, skincare, and ingestible market. New to market formulations utilize cannabinoid combinations…

A Brief History of Hemp as Medicine

By Dr. Rachel Knox The word “ancient” is used when describing something belonging to or spanning from the very distant past. But it’s not only a term of relativity; it’s one ascribing an ethos of wisdom to whatever it describes. So, it’s quite understandable why today, against the backdrop of western medical hubris and folly,…